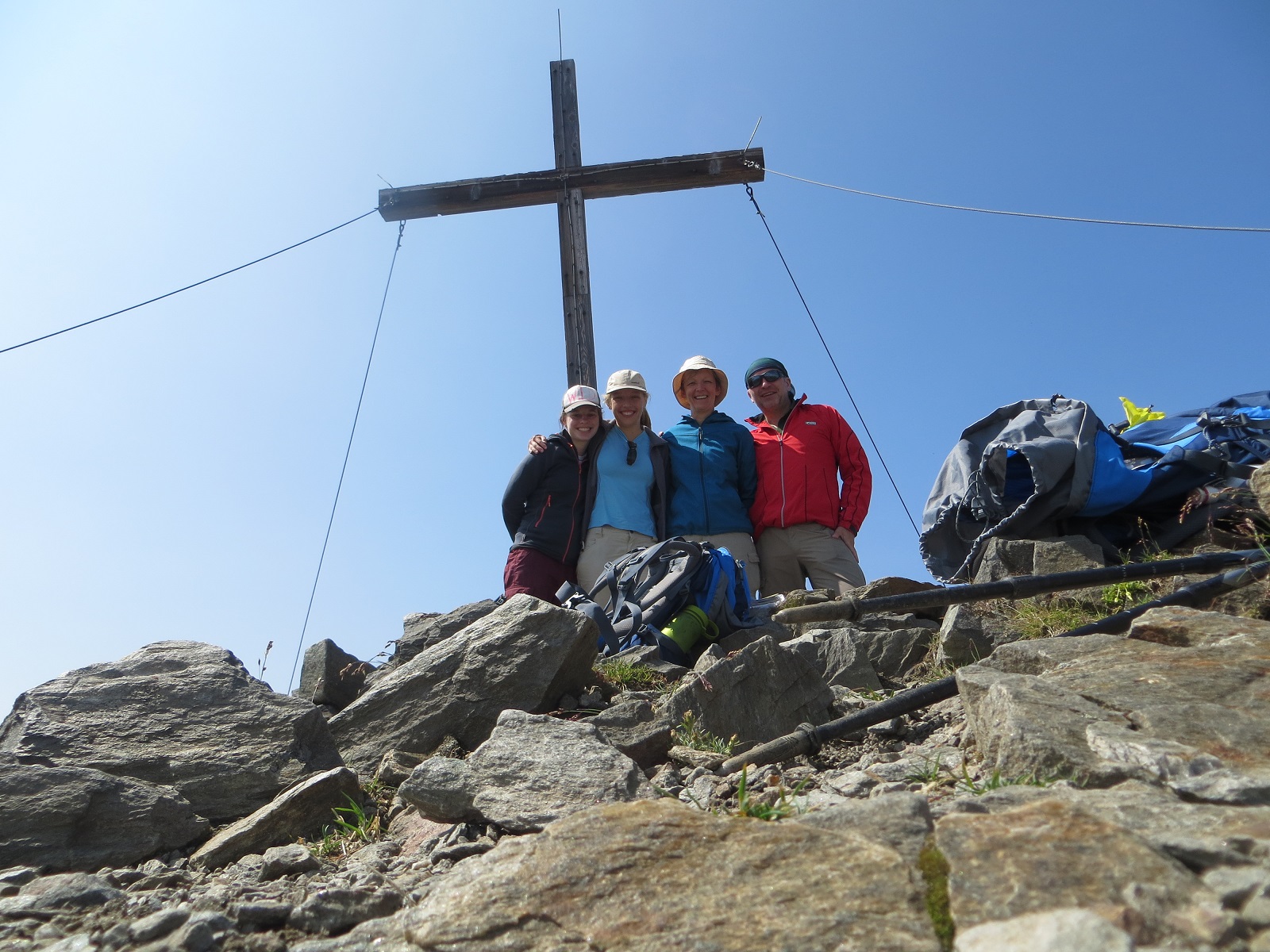 The Tiefrastenhütte had a great breakfast. It was our last lodge and even though it’s hosts weren’t as open as the others, they were still friendly and amazing cooks. So after fruits with yogurt, hard boiled eggs, buns with jam and coffee we started our day trip to the Eidechsspitze / lizardpeak. Our host said it was a trip “the children did too”. Well I think she meant mountain goat babys.

We however weren’t mountain goats or any kind of animal ment to climb. So again it took us twice the time to get up that “hill” than the signs said.
But an advice for every hiker: Go on top of one mountain and touch a summit cross / Gipfelkreuz. It is a great experience. There was also a little box with a book in it and we made our little entry 🙂

Our last day of hiking was cloudy. In the night another thunderstorm had worried the hikers but the day was free of rain. We started early and in a good mood. We were going down today. No hiking up or at least almost no climbing up.
Marie and I chatted and talked about our plans for the future. These were after all our last summer holidays as high school students.
We encountered some more cows and met some other hikers. Two which showed us the way, one who seriously jogged in the mountains (a sport I will never understand) and three sweaty men who worked on improving the trail. My cousin and I were a little ahead of the adults and so we met them first. I greeted the first one friendly. He had blond, longish hair and a blond beard. He looked like Thor from the movie. I went on. I greeted the second. He had brown hair was a view years older than Thor and had the typical wolverine beard. His spiky hair added to the impression I was meeting Wolverine. Well that could have been all coincidence if the third man didn’t look like spiderman’s Uncle Ben from the new Spiderman movies.
After we passed them my cousin and I looked at each other and I asked quietly: “Do you also think that the first one looked like Thor?” She nodded. “And the second like Wolverine?” Another nod.
Only Uncle Ben couldn’t be confirmed, she hadn’t watched the movie.

2 thoughts on “Pt. 4 On the road with Thor and Wolverine”